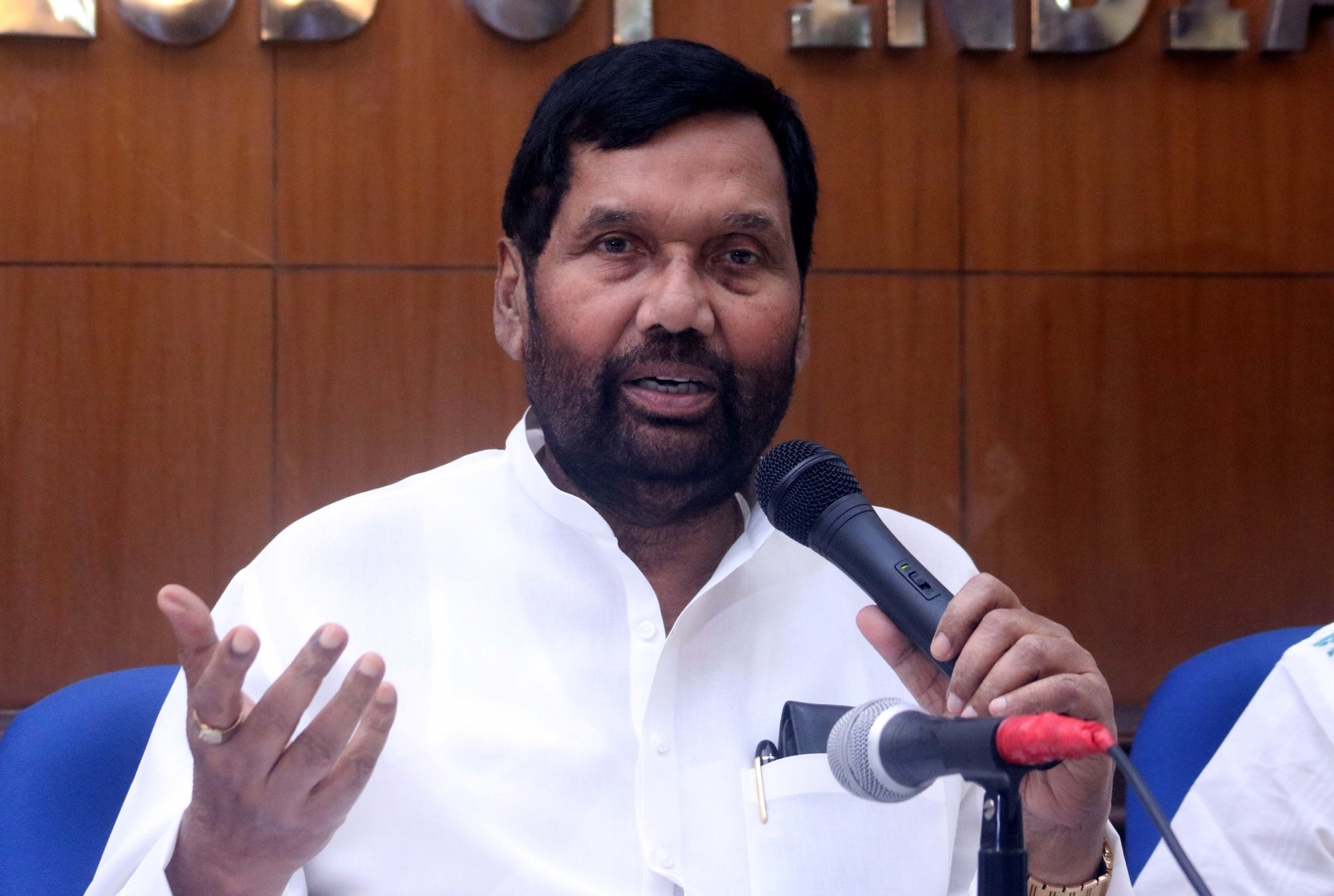 New Delhi:Slamming opposition parties for “ignoring” and “sidelining” Dr. B.R. Ambedkar and the Dalits when they were in power, Union Minister Ram Vilas Paswan asked the Congress, Bahujan Samajwadi Party (BSP) and the Samajwadi Party (SP) why their actions were against the Dalit icon and the community’s interests.

The Lok Janshakti Party (LJP) chief came up with 14 posers for Congress Rahul Gandhi, including why the grand old party fought against Ambedkar in the elections and failed to confer upon him the “Bharat Ratna” — the country’s highest and most prestigious civilian award.

Speaking at an LJP event to thank Prime Minister Narendra Modi for restoring the Scheduled Castes and Tribes (Prevention of Atrocities) Act, 1989 to its original form, Paswan said the opposition tried to paint the NDA government as “anti-Dalit”, but on the contrary, it took several decisions beneficial to them.

“Baba Saheb contested the Lok Sabha elections twice, once from Bhandara (Maharashtra) and then from South Mumbai. On both occasions, the Congress worked to defeat him. It must tell, why? Portraits of three members of same family — Motilal Nehru, Jawaharlal Nehru and Indira Gandhi — are placed in the Central Hall of Parliament. But the portrait of Baba Saheb was not, why?” he said.

“Congress gave Bharat Ratna to many persons but why Baba Saheb was not conferred the honour? Also, why national holiday was not announced on the birthday of Baba Saheb?”

Paswan also sought clarification from Rahul Gandhi on the Congress inaction in according constitutional status to SC/ST commissions and status of scheduled castes to Neo-Budhhists.

“Why the house where Baba Saheb Ambedkar studied in London was not made a monument? Why the Deekshabhoomi in Nagpur was not developed? Why the OBC Commission formed for the backward classes was not given the constitutional status?”

The Minister also asked why the Congress-led UPA government did not pass a Constitution Amendment Bill for the promotion of SCs and STs despite having the majority, especially when no party other than Samajwadi party was opposing it.

Paswan also asked Rahul Gandhi why he did not say a word over the “dilution” of provisions of the SC/ST Act by the Supreme Court while speaking on no-confidence motion last month.

“Why did Mayawati as the Chief Minister issue an order to weaken SC/ST Act, which sought registration of case only after inquiry by senior officials? She also ordered that in cases of rape of SC/ST women, FIR be lodged only after the medical examination,” he said.

“It is proved from the facts above that the grand alliance or Mahagathbandhan of the opposition, including Congress, Samajwadi Party and Bahujan Samaj Party, is anti-dalit.”

Paswan said the NDA government has worked in the interests of SC/ST communities but could not promote it properly.

“Opposition tries to paint Modi and NDA government as anti-dalit. We want to change this perspective,” he said.

He said his party workers will hold celebrations across the country to thank Modi for his “historic” decision to restore the Act.
(IANS)