Parliament– DISSENT BUT WITH DIGNITY, PRESIDENT KOVIND SAYS TO MPS 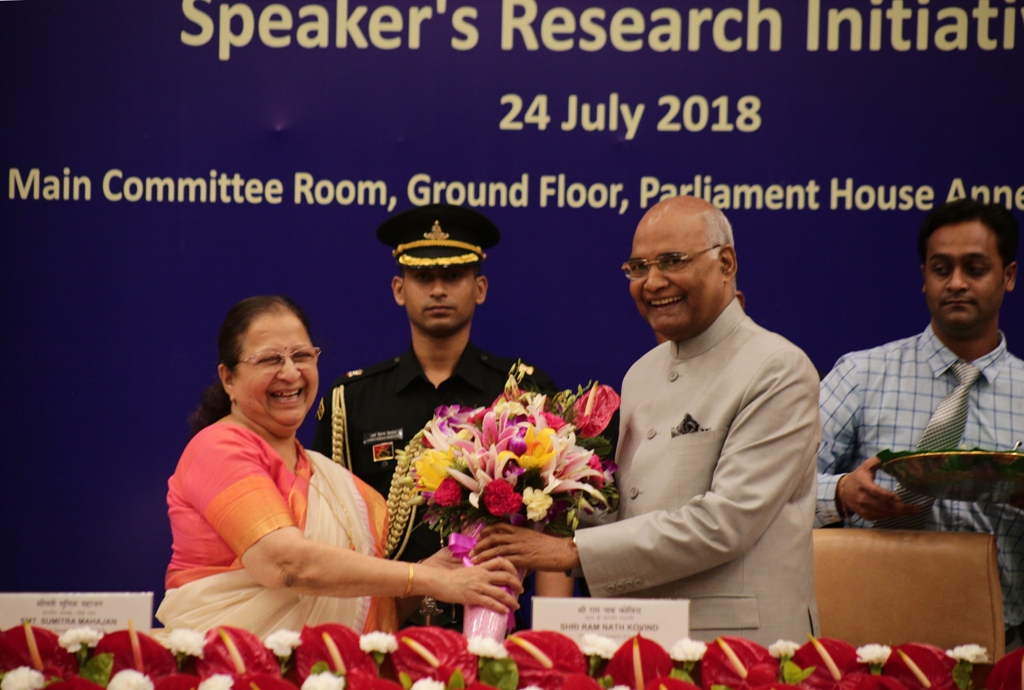 July 24, 2018
New Delhi:Appreciating Ms Mahajan’s initiative, the Presidemt said that SRI has added a new chapter in the history of parliamentary democracy in India. He was happy to note that several State Legislatures have shown interest in replicating the success of SRI in their respective Legislatures.

Earlier in her welcome address, the Lok Sabha Speaker said that the inspiration behind setting up of SRI came from the presence of more than 300 new members elected to the Sixteenth Lok Sabha.

Observing that members of Parliament play multifarious role to harmonize their duties at different levels, Ms Mahajan said that the complexity of issues in the era of globalization has made the work of legislators increasingly difficult and complex.

In such a scenario, super-specialization and informed decision making by lawmakers was a must. Keeping in view these requirements, SRI has engaged eminent experts from across the country who share their knowledge and experiences on matters of public interest with the members and 27 workshops have been organized to sensitize the members, she said.

A documentary highlighting three years journey of SRI was also screened during the function..

A brainchild of the Lok Sabha Speak, SRI was inaugurated on 23 July 2015 by Prime Minister Shri Narendra Modi. The SRI seeks to assist Members of Parliament in playing a more effective role in legislation, parliamentary debates, oversight of governance by making available high-quality research inputs, expertise and analytical knowledge on matters of national and international importance.

Sports– Dravid picks Sachin to bat for his life