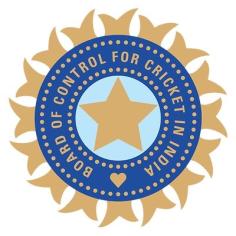 New Delhi: The Supreme Court on Thursday approved the draft Constitution of the Board of Control for Cricket in India (BCCI) and granted full permanent membership to the Railways, the Tri-Services, and Association of Indian Universities among others.

This restoration of permanent membership and votes is in reversal of the top court’s earlier verdict mandating “one state one vote”.

Pronouncing the judgment, a bench headed by Chief Justice Dipak Misra also restored the voting rights of the cricket associations of Gujarat and Maharashtra including Baroda, Saurashtra, Vidarbha and others.

The court cited the historical existence and contribution of these cricketing bodies in the rise and growth of the sport in India.

Justice D.Y. Chandrachud said every office-bearer will have to undergo a cooling period after two consecutive terms.
(IANS)