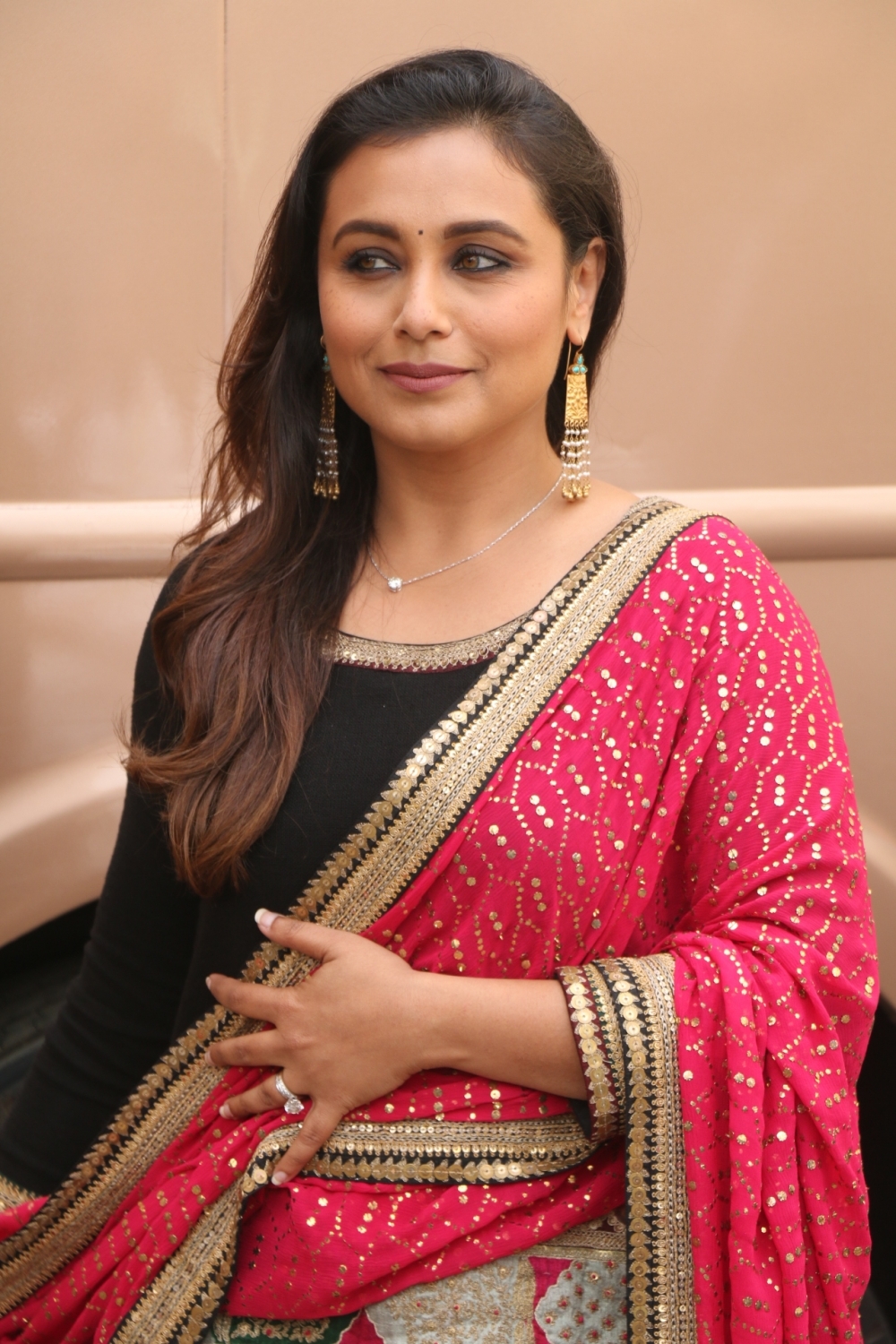 Melbourne:Rajkumar Hirania’s “Sanju” on Sunday walked away with the Best Film honour here at the Westpac IFFM Awards night, where Manoj Bajpayee won the Best Actor for his yet-to-release “Gali Guleiyan” and Rani Mukerji was named Best Actress for her performance in “Hichki”.

Rani, who impressed with her performance as a woman faced with Tourette’s Syndrome in “Hichki”, walked away with two honours at the Indian Film Festival of Melbourne (IFFM) as she was also bestowed an ‘Excellence In Cinema’ award.

Veteran actress Simi Garewal, looking elegant as ever in her trademark pristine white, gave away the honour to Rani, who has been a part of the film industry for over two decades.

Overwhelmed by the honour, Rani thanked her fans world over for loving her and her work through the years.

Hirani won the Best Director for “Sanju”, a biopic on the life of Bollywood actor Sanjay Dutt, while the IFFM Vanguard Award went to actor Ranbir Kapoor for his “breakthrough performance” in bringing alive Sanjay’s tumultuous life journey on-screen.

The director told IANS here that he is happy with the recognition for the movie and is excited about showcasing the movie at La Trobe University here, with “Sanju” co-writer Abhijat Joshi and actor Vicky Kaushal.

Vicky won the supporting actor honour for his well-deserved performance as Kamli in “Sanju”, and Richa Chadha won it too as she won the jury’s heart with her power-packed role as a brothel owner in “Love Sonia”.

Wright, known for the Russell Crowe-starrer “Romper Stomper”, told IANS that he was mighty impressed by the variety that Indian cinema currently has on offer. He said he feels that “perhaps it has gone from recreation to being serious cinema”.

India’s colourful and diverse culture was very much a part of the awards celebration as there were the beats of the dhol, performers dressed in traditional Indian classical attires, Odissi dance, Bhangra and more.

Composers Sachin-Jigar added the chutzpah with some of their Bollywood tracks.

The inclusion-themed ninth edition of the gala gave a Diversity Award to Freida Pinto, who shot to fame and prominence first with her role in Oscar-winning drama “Slumdog Millionairea. In her upcoming film “Love Sonia”, Freida is seen in a never-seen-before avatar.

Tabrez Noorani-directed “Love Sonia”, which opened the IFFM gala and left the audience moved with a story around sex trafficking, won the Best Indie film. A special mention in this space went to “Gali Guleiyan”, which marks Dipesh Jain’s debut as a director.

The Equality In Cinema Award was given to “Mahanati”, the widely acclaimed Telugu and Tamil film on the life of south Indian actress Savitri, who made a mark in the 1950s and 1960s.

Actor Ali Fazal, who was the jury of the short film competition, chose “To-let” as the Indian winner and the Australian winner was “Found”, which is on Islamophobia.

IFFM began on Friday, as part of the celebrations, Rani on Saturday hoisted the Indian flag at the Federation House, which also became a stage for a dance competition, bringing the huge and diverse Indian community of Melbourne together — denoting the unifying power of cinema.

The fest will end on August 22.

Rights–Hundreds gather in US city to oppose white supremacy