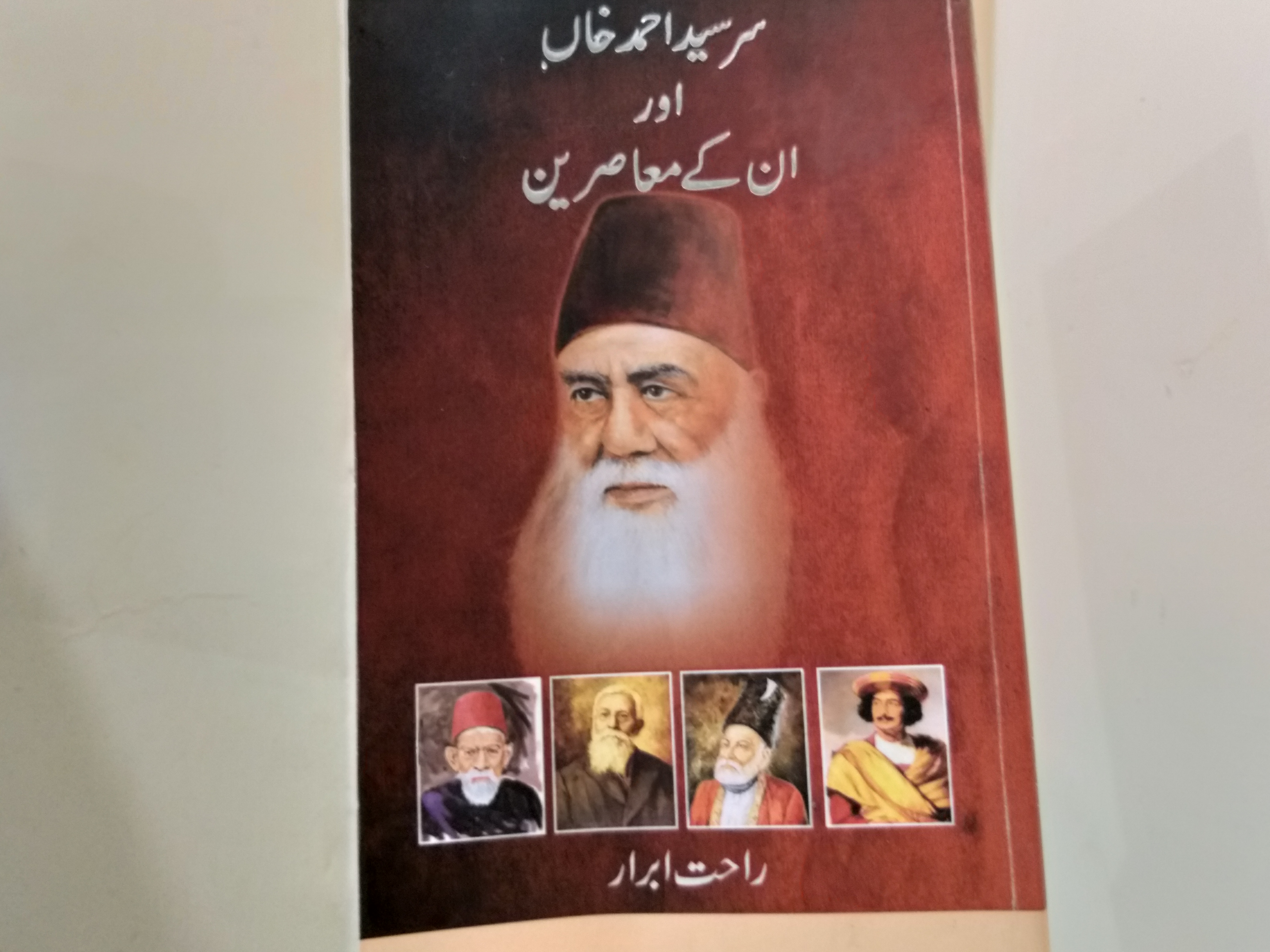 By Naz Asghar
Aug 19, 2018
New Delhi: Amidst the continuing debate on the threat to tolerance and
dissidence in our society, a book authored by prolific writer Dr Rahat Abrar brings out an interesting account of how Sir Syed Ahmad Khan, the architect and pioneer of modern education among Muslims , and towering non-Muslim social and political leaders of 19th century India engaged in a democratic discourse despite their sharp differences over various issues.

More than Hindus, Sir Syed had to face extreme opposition from the
orthodox elements in his community itself. All the Moulvis of the day in the leadership of Maulana Abdul Hai, Firangi Mahli ganged up against him, and declared him as ”Kharij az Islam”( out of Islamic fold). They sent emissaries to to Mecca to secure fatwa against him.

They felt threatened by his advocacy of modern education for Muslims, which in their perception was going to destroy the Islamic beliefs and traditions for all times to come.

Sir Syed had to face an uphill task in establishing the college in Aligarh that was later to take shape of the Muslim University. Most of the religious leaders of the day, including Maulana Abdul Hai did all to ensure that no funds were contributed for the establishment of the college.The diffculties faced by him in establishing modern institutions for Muslim are well brought out in the book.

There are interesting accounts of how Sir Syed held an all faith gathering and invited Swami Dayanan Saraswati for talk aimed a better understanding of Vedas. Swami and Sir Syed both had to face of the wrath of leaders of the Sanatan Dharm sect, inclcuding Raja Shiv Prasad and Bhartendu Harish Chandra for holding the event.

Sir Syed had strong differences with Raja Shiv Prasad and Bhartendu Harish Chandra over the issue of Urdu-Hindi. He strongly opposed the Raja’s book on history ‘Etihaas Timirnashak’ , which he said written with a bias against Muslims.

However, Sir Syed fully recongnised and respected the intellect and contribution of Raja Shiv Prasad to Hindi literature and language.Same was his attitude towards Bhartendu, whom he once wanted to join Aligarh college for teaching Hindi and Sanskrit, an offer which was for some reasons not accepted by the Hindi litterateur.

Sir Syed also took in a very cool manner the claims of Mirza Ghulam Ahmad Qadiyani to be the messanger of God, which had outraged the Muslim world.
The founder of the Ahmadia movement was declared a heretic as he questioned the finality of Quranic revelations.

”Let him be happy with his claimed revelations, if they do not cause any harm to us. What should matter to you is that he is a gentle, god fearing man. Debating on his claims of divine revelations is futile,” was Sir Syed’s reaction to the raging debate among Muslims of the times.
(India News Stream)

Opinion: The best Prime Minister the Congress never had