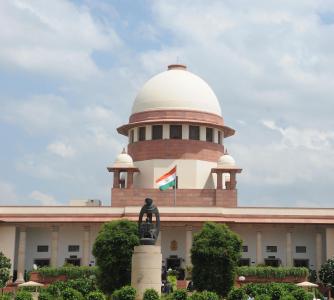 New Delhi: The Supreme Court on Thursday said the culture of banning books impacts the free flow of ideas and should not be taken recourse to unless they are hit by Section 292 of the IPC that prohibits obscenity.

“You are giving undue importance to this kind of stuff. In the age of Internet, you are making this an issue. It is best forgotten,” said Justice Chandrachud.

The court gave expression to its apparent reluctance to interfere with the passage being sought to be taken off as counsel Gopal Shankarayanan told the court that the passage makes insinuations against the priestly class.

Reserving the order, the court asked the newspaper which had carried the controversial passages to submit a note within five days – giving the theme of the book and the three parts of the book carried by the newspaper translated into English.

The court said that fictional characters in the novel were talking about male chauvinism and Additional Solicitor General Pinki Anand said that it was freedom of speech.

The novel has been published by DC Books and is now available in bookstores across Kerala.
(IANS)