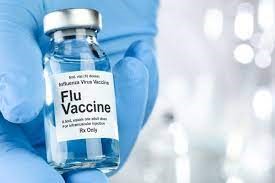 Scientists at University of Pennsylvania published their findings in the journal Science Thursday say they have made a breakthrough designing a vaccine against all 20 known types of flu. It is likely to be available in the next two years. It uses the same messenger-ribonucleic-acid (mRNA) technology as successful Covid vaccines, according to BBC. Researchers said that new vaccine triggered high levels of antibodies, in tests on ferrets and mice.

How does an mRNA vaccine actually work?

Experts are hopeful though it might not mean an end to flu seasons, it would practically replace the guess work that goes into developing annual shots months ahead of flu season each year. Seasonal flu vaccines, which protect against up to four strains of the virus, are updated every year to ensure they are a good match for flu viruses in circulation, reported the Mint. “The idea here is to have a vaccine that will give people a baseline level of immune memory to diverse flu strains,” Dr Scott Hensley, one of the scientists behind the work, at the University of Pennsylvania, said. “Our approach was to make a vaccine that encoded every influenza subtype and lineage that we know about,” added Hensley. “There will be far less disease and death when the next flu pandemic occurs,” concluded Hensley.

Clinical trials yet to be conducted

Though the results from the animal tests are commendable, to call it to be a success story it has to go through clinical trials. “This vaccine has only been tested in animals to date and it will be important to investigate its safety and efficacy in humans,” said Dr Andrew Freedman, a reader in infectious diseases at Cardiff University told The Guardian. “It does seem a very promising approach to the goal of producing a universal flu vaccine as well as vaccines that protect against multiple members of other viral families such as rhino- and corona-viruses.” Prof John Oxford, a neurologist at Queen Mary University in London, who was not involved in the work, told the BBC’s Radio 4 Today programme, “I cannot emphasise enough what a breakthrough this paper is…The potential is huge, and I think sometimes we underestimate these big respiratory viruses.”

Nee to have a vaccine before next pandemic hits

Scientists are trying to develop such a vaccine before the next pandemic it. Notably, strong immunity is panacea to viral diseases. In this regard, strong antibody immune responses were shown against all 20 different flu strains. “It really shows that we can use mRNA vaccines in ways that we really hadn’t thought of before,” said Alyson Kelvin, a virologist at the University of Saskatchewan’s Vaccine and Infectious Disease Organization who co-wrote an independent perspective on the study in Science.  “We know that there will be another spillover of an influenza virus with pandemic potential,” she said. “Do we keep this vaccine on the shelf ready to go? Or is this something that we want to consider licensing for more seasonal approaches?” 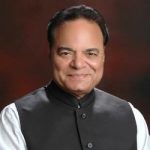