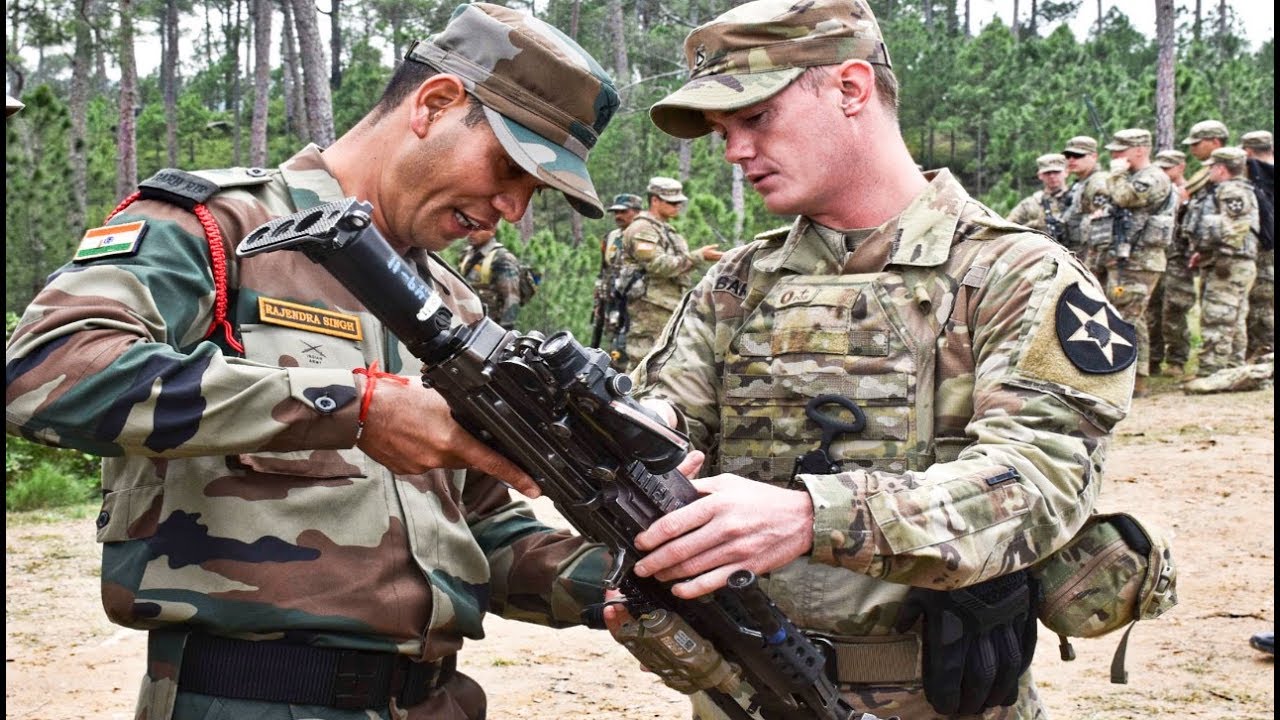 After a lull, India and China indulged in exchange of heated words after the Communist nation raised objection to the India-US military exercise near the Line of Actual Control (LAC) on Uttarakhand’s Auli.

India hit out at China on Thursday dismissing its objection saying that it does not give “veto to third countries” on such issues. India and the United States are doing military exercise along 100 kms from the India-China border in Uttarakhand. The nearly two-week the ‘Yudh Abhyas’ began earlier this month.

China on Wednesday opposed the exercise near the LAC with Chinese Foreign Ministry spokesman Zhao Lijian saying: “The joint military exercise held by India and the US near the LAC violated the spirit of relevant agreements signed by China and India in 1993 and 1996 and does not help build bilateral trust.” The 18th edition of the India-US joint military exercise ‘Yudh Abhyas’ is currently underway in Auli. Auli is about 100 km from Line of Actual Control that India shared with China-administered Tibet. China on Wednesday said it was opposed to the joint India-US military exercises and claimed that it violated the spirit of two border agreements signed by two countries in 1993 and 1996 respectively.

‘No one can have a veto on India- US ties’

India’s foreign ministry spokesperson Arindam Bagchi said the joint exercises with the United States in Auli have nothing to do with the 1993 and 1996 agreements with China.  “But since these were raised by the Chinese side, I must emphasise that the Chinese side needs to reflect and think about its own breach of the agreements of 1993 and 1996,” Bagchi said. No one can have a veto on India- US ties, says MEA Spokesperson said on China comments on India- US exercises. “India exercises with whomever it chooses to and it does not give a veto to third countries on these issues,” he added.

The 1993 agreement deals with maintaining peace and tranquility along the Line of Actual Control with China. While the 1996 agreement was about confidence building measures to be taken by both sides to develop mutual trust with respect to troops movement and deployment along the LAC.

New Delhi: The opposition parties on Monday protested in front of the Gandhi statue in Parliament premises demanding a Joint Parliamentary Committee (JPC) or Supreme Court monitored probe into the...

Mumbai, Feb 4 (IANS) Bollywood superstar Shah Rukh Khan, who is basking in the unprecedented success of his recently-released action entertainer 'Pathaan', has revealed why his upcoming film 'Dunki' is special...