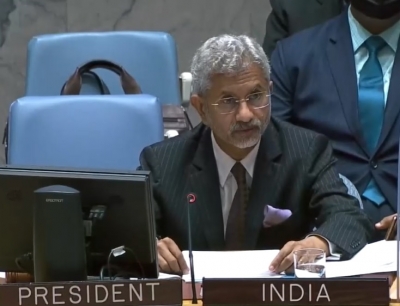 New Delhi: New Delhi has sent out an invitation to foreign ministers of Pakistan, China and other countries to visit India for a Shanghai Cooperation Organization (SCO) meeting to be held in May.
The invitation from External Affairs Minister S Jaishankar was sent out to his Pakistani counterpart Bilawal Bhutto and to foreign ministers of other SCO member countries, including China for the foreign ministers’ meeting of the 9-member organisation which will be held in Goa from May 4 to 5, media reports quoting sources said.

India assumed the chairmanship of the 9-member grouping in September of last year and will be the host for key ministerial meetings and the summit this year. Besides India, China and Pakistan, other members are four central Asian countries – Kazakhstan, Kyrgyzstan, Tajikistan, and Uzbekistan also Iran, the latest country to join the organisation.

The continuing tense relations between India and Pakistan  over cross border terrorism and the status of Kashmir were further embittered by the harsh remarks of Bilawal Bhutto at the recent UN meeting. The media reports also said that so far there was  no confirmation from the Pakistani side whether their foreign minister would attend the meeting or not.

The SCO is important for India as the country seeks access and connectivity to Central Asian markets.

Islamabad : Pakistan Prime Minister Shehbaz Sharif has sent out a fresh offer to India to resolve all longstanding bilateral issues, which have led to disputes and conflicts between the...