An era comes to an end with Shinzo Abe’s death 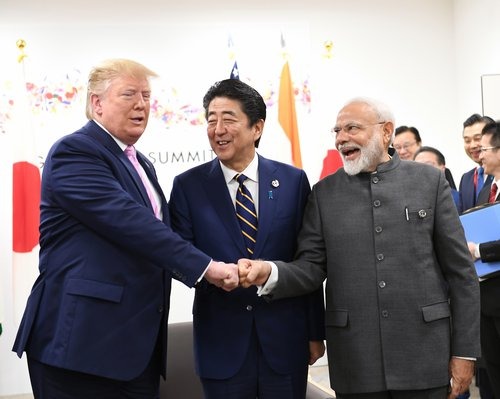 Former Japanese Prime Minister Shinzo Abe was shot at in the city of Nara while giving an election speech and was declared dead later in the day today. His assassination has sent shock waves through the world with world leaders reacting with shock and disbelief at the news.

Abe stepped down as PM in 2020 and is widely regarded as one of the most influential premiers Japan has seen of late. He is largely credited with reviving the Japanese economy and also arguing for Japan to drop its pacifist legacy and to engage with the world more actively. He was also one of the few Japanese leaders who believed in reviving the Japanese army, an idea most leaders in Japan have shied away given their role in the Second World War.

According to Japan’s public broadcaster NHK, Abe collapsed and was bleeding as people heard two gunshots. According to LDP officials, he was shot in the chest and taken to the hospital, but showed no vital signs. Police have nabbed one suspect, a man in his 40s. The man is suspected to have acted alone but he is currently being questioned by the Japanese police.

The suspect has been identified as Nara resident Tetsuya Yamagami. Local media reports say he is believed to be a former member of Japan’s Maritime Self-Defense Force, Japan’s equivalent of a navy. He is said to have left active service in 2005.

Officials have yet to comment on the suspect’s motives, but local media outlet reported that Yamagami told police he was “dissatisfied with former Prime Minister Abe and aimed to kill him”. He is also reported to have told offices that did not hold a “grudge against the former Prime Minister’s political beliefs”.

Japanese Prime Minister Fumio Kishida and other cabinet members canceled campaigning and headed back to Tokyo.

As the world reacted in shock to the news as gun violence is rare in Japan, various leaders expressed their shock. Abe and PM Narendra Modi shared a close relationship and their personal chemistry has often been attributed as one of the reasons why India Japan ties in recent years have progressed so positively.

“I am shocked and saddened beyond words at the tragic demise of one of my dearest friends, Shinzo Abe. He was a towering global statesman, an outstanding leader, and a remarkable administrator. He dedicated his life to make Japan and the world a better place,” PM Modi said in a tweet.

“My association with Mr. Abe goes back many years. I had got to know him during my tenure as Gujarat CM and our friendship continued after I became PM. His sharp insights on economy and global affairs always made a deep impression on me,” he added.

“Mr. Abe made an immense contribution to elevating India-Japan relations to the level of a Special Strategic and Global Partnership. Today, whole India mourns with Japan and we stand in solidarity with our Japanese brothers and sisters in this difficult moment,” Modi said.

“As a mark of our deepest respect for former Prime Minister Abe Shinzo, a one day national mourning shall be observed on July 9,” he added.

Modi and Abe shared a great understanding and both leaders, besides being strong nationalists, also pushed for groupings like the Quad (a grouping of India, Japan, US and Australia) which would attempt to contain an increasingly assertive China in the region. Both leaders met on many occasions and their personal bonhomie is believed to have contributed to stronger India-Japan ties.

Abe’s assassination today is likely to leave a deep mark on the domestic politics of Japan too. He served two terms as prime minister, stepping down in 2020 citing ill health. But he remained a dominant presence over the ruling Liberal Democratic Party (LDP), controlling one of its major factions. While officially China expressed dismay at Abe’s passing, many in Chinese social media reacted with glee as Abe was always regarded to be a China hawk and was more aggressive in his dealings with China, than most past Japanese leaders.

As leaders across the globe expressed their shock at the assassination, Abe’s legacy is likely to continue to be a pre dominant force in Japanese politics for the near future. – INDIA NEWS STREAM

10 dead, as many injured in cloudburst at Amarnath shrine