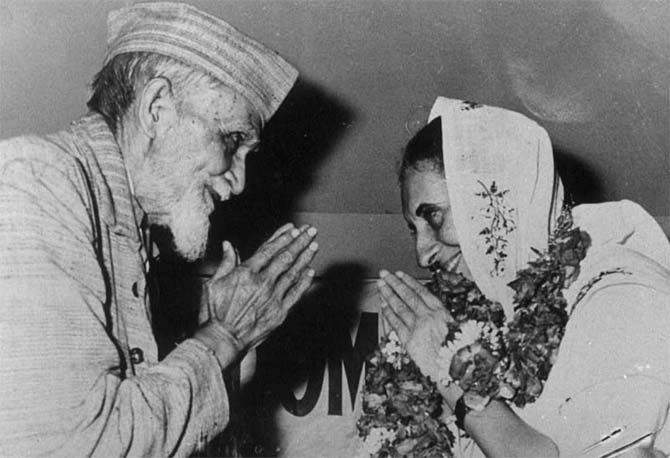 Aligarh: In the topsy-turvy world of present-day Indian politics, Raja Mahendra Pratap, one of India’s most colourful and enigmatic figures of the Indian freedom movement has been pulled out of the cold storage of history and, ironically enough, reduced to the mundane avatar of a mere ‘Jaat chief’ by the media, say historians at Aligarh Muslim University where the Raja studied at the turn of the century.

They point out that Raja Mahendra Pratap had personally established links in 1915 with rulers of the Axis powers including Sultan Rashid the ruler of the Ottoman Empire, the Ruler of Germany, Kaiser Wilhelm II and King Habeeb Ullah of Afghanistan.

Mahendra Pratap was in fact, a unique amalgam of Mahatma Gandhi and Subhash Chandra Bose. He had drawn up a very bold plan of taking the help of the Axis powers and Afghanistan for launching an armed attack against British India and uprooting them from India.

The humanist Raja Mahendra Pratap was a noted freedom fighter and President of India’s first provisional government in exile established in Kabul in 1915. He is also hailed as one of 20th century’s foremost “champions of secularism in India,” informs Rahat Abrar, former director of Urdu Academy and veteran Urdu language journalist.

But much to the distress of historians at AMU this “forgotten hero of India’s freedom movement, who stood above caste and creed, has now emerged from the cold but ironically his legacy has been revived in the avatar of a ‘Jaat’ leader.”  Such was his distaste for “caste and religious identity” that during his lifetime the Raja never used the suffix ‘Singh’ to flaunt his credentials but always identified himself as ‘Mahendra Pratap’.

Prime Minister Narendra Modi laid the foundation stone of a new state university, named after Raja Mahendra Pratap, at Lodha, 40 kilometres from Aligarh.
The controversy over Raja Mahendra Pratap’s donations to his alma mater AMU, suddenly surfaced in 2014 when some local Bharatiya Janata Party (BJP) leaders demanded that “AMU should be renamed after him” as “AMU has been built on land donated by the late Raja”. The issue had been stirred as the lease of the 1.2 hectares of land at the city school was expiring in 2019 and the legal heirs of the late Raja “were reluctant to renew this lease”.

Last year, the issue had largely been resolved when the AMU authorities had offered a proposal for renaming the school after the late Raja. “But certain technicalities have still to be ironed out,” according to sources at AMU.

According to Abrar, who is also a prominent historian of the Aligarh movement and has authored more than half-a-dozen books on this subject, Mahendra Pratap’s father the Raja Ghanshyam Singh of Mursan and his father Raja Teekam Singh were “very close friends of Sir Syed Ahmad Khan. Subsequently when the Raja suffered a premature death the family accepted Sir Syed’s offer to take the young prince under his tutelage and he was admitted at the Mohammedan Anglo-Oriental (MAO) College, school where he began his formal education.”

Raja Mahendra Pratap was “the only student in the history of the MAO College who was accorded the privilege of his personal lodging at the campus where he was permitted by the college authorities, to have his personal cook and attendants.”

Raja Mahendra Pratap had also given 1.2 hectares of land on lease, on a token amount of Rupees 2/- per annum in 1929  for the MAO College/School, today known as AMU City School, where he had been a student.
This plot of land is at the heart of the controversy. It is about two kilometres outside the main university campus and is the land which was acquired by Sir Syed from the army cantonment and was in no way connected in any way to the vast estate of Raja Mahendra Pratap.

The Raja however made extensive donations to different educational and social organisations in Aligarh and Mathura districts.

Referring to the “special privilege” accorded to Raja Mahendra Pratap and permission to stay in a separate bungalow at the MAO College campus as a resident student in the year 1895,  Abrar said, “This privilege was accorded to him because Sir Syed was conscious of the fact that  he owed this favour to his late friend Raja Ghanshyam Singh whose untimely death had come as shock to his family. He had left behind a huge fortune for his family and hence it was important that his heir should receive the best education so that he could successfully manage his huge estate spread in several districts of the state.”

Raja Mahendra Pratap who was an ardent humanist had founded several organisations in the 1930s and 40s during his three-decades long exile from India including the World Federation and The Religion of Love, Abrar said. He also started a number of schools which were known as ‘Prem Vidyalayas’.

Abrar pointed out that Raja Mahendra Pratap was one of the key architects of the famous ‘Reshmi Roomal’ movement which the British government dubbed as the “silk letter conspiracy”. The main figures of this movement were his friends Maulana Mahmood-ul-Hasan the leading Muslim cleric of his times from the Deoband seminary, Maulana Hussain Ahmad Madani, also from the Deoband school and Maulana Barkatullah Khan from Bhopal, who was later appointed as the prime minister of the Provisional government in exile.

Maulana Mahmood-ul-Hasan and Maulana Hussain Ahmad Madani were arrested by the British in Arabia when the British got wind of the conspiracy but Raja Mahendra Pratap and Barkatullah Khan managed to escape from Kabul before the British agents could get their hands on them.

Raja Mahendra Pratap was also closely associated with the revolutionaries of the Europe and USA-based ‘Ghadar Party’ and was coordinating their activities with the Muslim revolutionaries. He was also very close to the noted freedom fighter from Bengal Rash Behari Bose.

Throughout his exile, Raja Mahendra Pratap remained an active member of the Indian National Congress and during World War II when he was in Japan the American government arrested him and he spent six months in jail till the “Mahatma directly intervened and secured his release from the prison in 1946”.

The above book mentions that in 1952 Prime Minister Jawaharlal Nehru offered him a party ticket to contest the first parliamentary election and Raja Mahendra Pratap agreed . However, when he was asked to sign a pledge that he would abide by the “regulations of the party” he declined to do so, saying that he was only answerable to his conscience!

In 1957, Raja Mahendra Partap stood as an independent candidate from the Mathura parliamentary seat and defeated Atal Bihari Vajpayee who was the Jan Sangh candidate.
As mentioned in his autobiography, throughout his life he espoused the cause of Hindu-Muslim unity with an unparalleled passion. In his autobiography, My Life Story, Raja Mahezndra Pratap states “our family has always been pro-Islam inspite of our orthodox Vaishnav religion. The title of Raj Bahadur was given to the Mursan family by the Mughal Emperors.”

Noted scholar and political historian Professor Shan Mohamad says, “Raja Mahendra Pratap is one of the most remarkable figures of India’s freedom movement and his commitment to the cause of a secular democratic India marks him as a giant of his times. His commitment for the cause of secularism is comparable to Gandhi and Nehru. He fully deserves to be honoured but his legacy should be fully respected.” – India News Stream