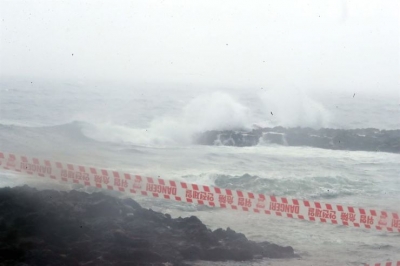 The Korea Meteorological Administration predicted the typhoon to move the closest to the island around Monday, reports Yonhap News Agency.

The season’s sixth typhoon is forecast to pass 140 km south of the island at around noon on Monday and weaken to a tropical depression, the weather agency said.

Heavy rain pounded Jeju on Saturday as this year’s fifth typhoon, Songda, passed by the waters south of the island, but there were no reports of damage from downpours and strong winds.

Is China a threat or an opportunity to Russia?