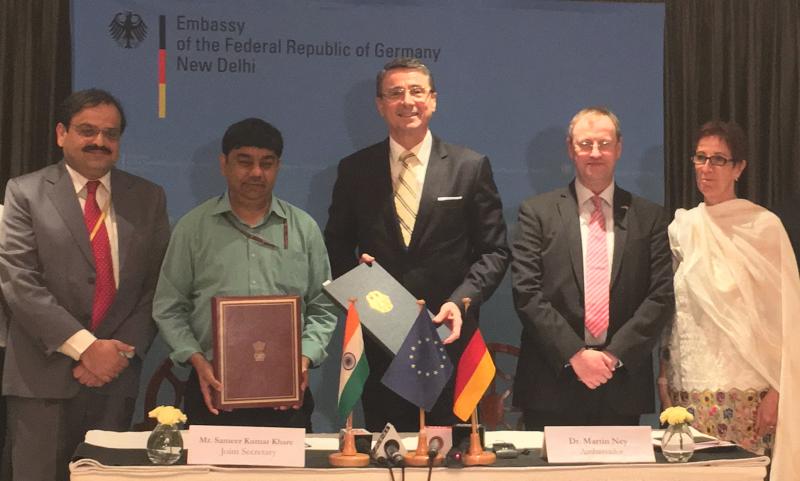 These resources were pledged, within the framework of sixty year old Indo-German development cooperation, significant additional resources have been pledged for the energy sector.

“Why we invest so much in this form of energy is because these have tranformative effect as they will help India in fulfiling its commitment under the Paris climate deal and meeting UN sustainable development goals”, he said.

The German ambassador urged the Indian government to see that things are expedited under the various developmental project. This was not a criticism but it would be in India’s own interest that things moved faster, he added.

In 2017 Germany pledged to provide India upto one billion euros over five years.

German financing know-how will lead to reductions in CO2 emmissions of about 1.3 million tones per annum and contribute to India’s goal of generating upto 100 Gigawatt solar energy by 2020.

On behalf of India, the agreement was inked by Sameer Kumar, Joint Secretary in the Deparment for economic affairs, Ministry of Finance.

RBI hikes repo twice in succession to bring it to 6.5%