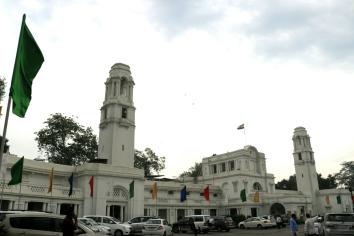 New Delhi: In the last decade, over 78,000 trees have been cut in the national capital, the Delhi Assembly was informed on Friday.

In a written reply, Environment Minister Imran Hussain informed the House that in compensatory plantation, about 10 lakh saplings have been planted in the city.

The reply said the south forest department is collecting information of the plants which have survived.
(IANS)