Uorfi accused of ‘indulging in nudity’, hits back in her defence 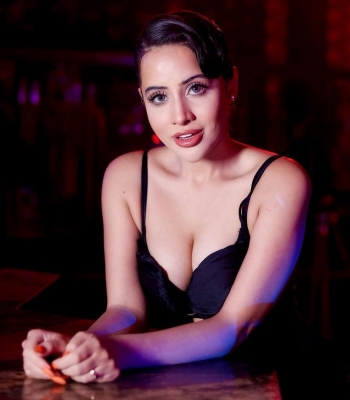 Mumbai: Internet sensation Uorfi Javed, who has been accused of indulging in nudity by a politician, said that unless her “nipples and vagina” are seen, she cannot be jailed.

This comment from her came as a response to politician Chitra Kishor Wagh’s accusation of “indulging in nudity on the streets of Mumbai.”

Chitra tweeted: “What’s happening in Mumbai? Does the Mumbai Police have any IPC/CRPC sections to stop this woman who is openly indulging in nudity on the streets of Mumbai? Arrest her as soon as possible.”

Uorfi wrote in her Tweet: “Started my new year with another police complaint from another Politician! Bas Asli kaam nahi hai inn politicians k Paas? Are these politicians, and lawyers dumb? There is literally no article in the constitution that can be put on person to person.”

“Unless my nipples and vagina are seen, you can’t send me to jail. These people are only doing this for media attention. I got against human trafficking and sex trafficking in Mumbai which is still very much there. How about shutting those illegal dance Bars and pr*stitution which again exists everywhere in Mumbai.”

She added: “I don’t even want a trial or that bullshit, I’m ready to go to jail right now if you disclose your and your family member’s assets. Tell the world how much a politician earns and from where. Also from time to time multiple men in your party have been accused of harassment etc never..”

Currently, Uorfi is seen in the dating-based reality show , ‘Splitsvilla X4’. She has posted several pictures on her social media from her New Year celebration.

Hrithik flaunts six-pack abs, flaunts them on Internet as he steps into 2023