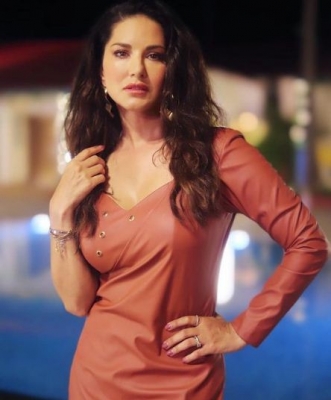 Acting on a petition filed by the couple and their employee, the court stayed the case and all further actions related to it.

The complainant had alleged that despite paying Leone lakhs of rupees to appear and perform in events, she did not show up.

Subsequently, a case was registered against the couple alleging commission of offences punishable under Sections 406 (criminal breach of trust), 420 (cheating and dishonesty inducing delivery of property) and 34 (acts done by several persons in furtherance of common intention) of the Indian Penal Code.

Their plea also pointed out that the complainant had also moved a civil suit with the same allegations which was dismissed by a Magistrate Court in July 2022 for want of evidence.

Therefore, they sought to quash the proceedings against them.

In February 2021, single-judge Justice Ashok Menon had granted the trio interim protection from arrest on their applications seeking anticipatory bail.

Mumbai: Mani Ratnam's epic movie 'Ponniyin Selvan: 1' has smashed box-office records as it stands as one of the biggest Tamil movies of all times, reports Pinkvilla. The film, which is...

Los Angeles Hollywood star Nicole Kidman received a warm welcome on Broadway Saturday evening when she made an appearance at a performance of Hugh Jackman's 'The Music Man' revival. During...