It is the difficult time that makes you strong, says versatile Bollywood actor Nawazuddin 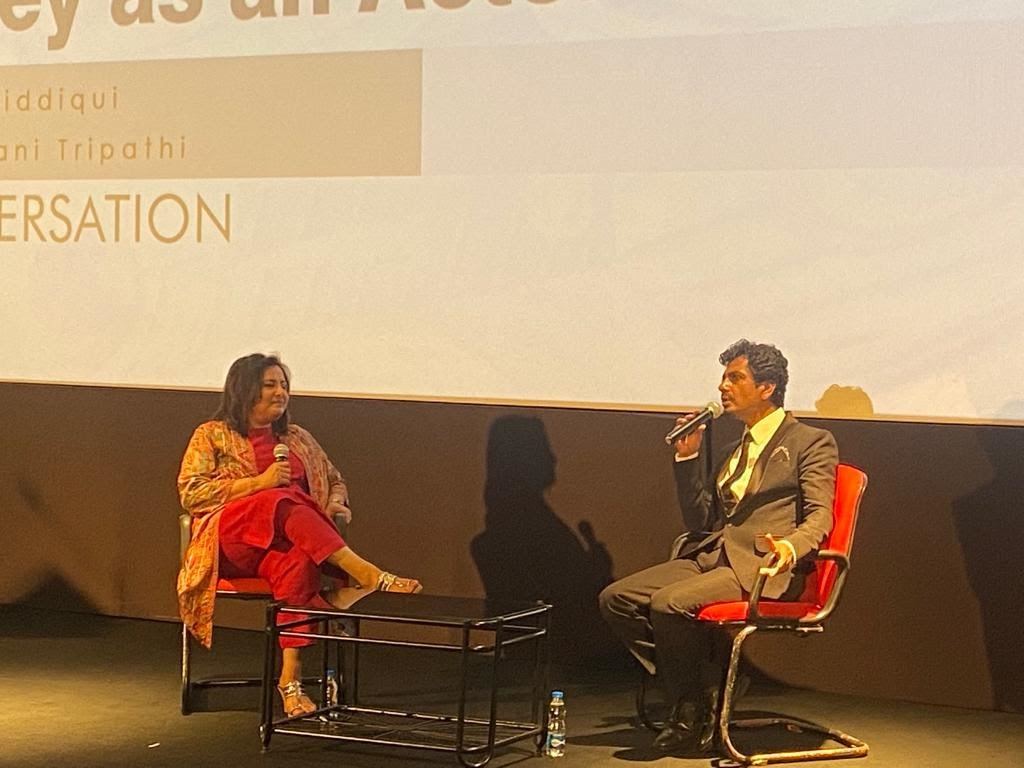 Goa: “It is the difficult time that makes you strong,” says noted Bollywood actor Nawazuddin during a conversation on the sidelines of the ongoing Goa film festival.

The actor, who has appeared in some of Bollywood’s major films such as Black Friday, New York , Peepli Live, Kahani, and Gangs of Wasseypur , said that in the beginning of his career, he was offered small roles which he had to accept as he had no other alternative and he had to survive.

He described acting as his hobby which he does’nt get tired of . “Acting is my everything, its my life. Even one life is not enough to satiate my thirst for acting”, he added further.

Nawazduddin, after graduating from a local college, worked as a chemist in a petrochemical company for a short while. However, he soon got associated with theatre as acting was the career where his heart lay. He took first step towards fulfilling his dream of becoming an actor when he got admission into the National School of Drama (NSD), Delhi.

Gangs of Wasseypur turned out to be a turning point in his acting career. Talking about the film, he said the movie made him believe in himself. “I was confident that my struggles will get over after this and people will appreciate this movie”.

Nawazuddin Siddiqui also shared his experience of working in web-series on Netflix and other OTT platforms. He said that initially he was hesitant to work in series on OTT platforms as he had no idea about them. However, Anurag Kashyap convinced him for working on these platform. It is to be noted that Sacred Games web-series turned out to be a big hit on Netflix.

The actor  also spoke about versatile roles in biopics Manto, where he played role of prominent Urdu author Saadat Hasan Manto, and Thackeray, in which he played as Indian politician Bal Thackeray.

He  is playing the role of a transgender in his upcoming film Haddi.During the session the actor also shared some snippets on this role.

Siddiqui is best known for his roles in The Lunchbox (2013), Manto (2018), and Raman Raghav. His eight films were officially selected and screened at the Cannes Film Festival, which is a record.

The actor belongs to Muzaffarpur in UP. Siddiqui’s first lead role in a feature film was in Prashant Bhargava’s Patang, which premiered at the Berlin Film Festival, in which his performance has been praised by noted film critic Roger Ebert who stated that the role “transformed his acting style”.

Siddiqui was awarded the Special Jury Award at the 60th National Film Awards 2012 for his work in the films Kahaani, Gangs of Wasseypur, Dekh Indian Circus, and Talaash.

Mumbai: Actor Dhanush, who was most recently seen in the Tamil movie 'Naane Varuvean' and has become a global star with 'The Gray Man', has grabbed the top spot in the...