Dhaka tops list of cities with most polluted air 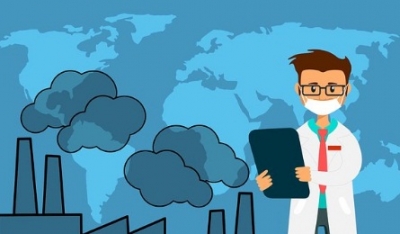 Dhaka: Bangladesh’s capital Dhaka has once again topped the list of world cities with the worst air quality, the local media reported on Thursday.

With an air quality index (AQI) score of 251 at 8.53 a.m. on Thursday, Dhaka ranked top on the list of cities with the worst air, Xinhua news agency quoted the local media report as saying.

An AQI between 201 and 300 is said to be “very unhealthy”, while a reading of 301 to 400 is considered “hazardous”, posing serious health risks to residents.

India’s Kolkata and Vietnam’s Hanoi occupied the second and third spots on the list, with an AQI score of 201 and 192, respectively.

In Bangladesh, the AQI is based on five criteria pollutants, namely particulate matter (PM10 and PM2.5), NO2, CO, SO2 and ozone.

Dhaka has long been grappling with air pollution issues.

Its air quality usually turns unhealthy in winter and improves during the monsoon.