First Urdu journalist was a Hindu 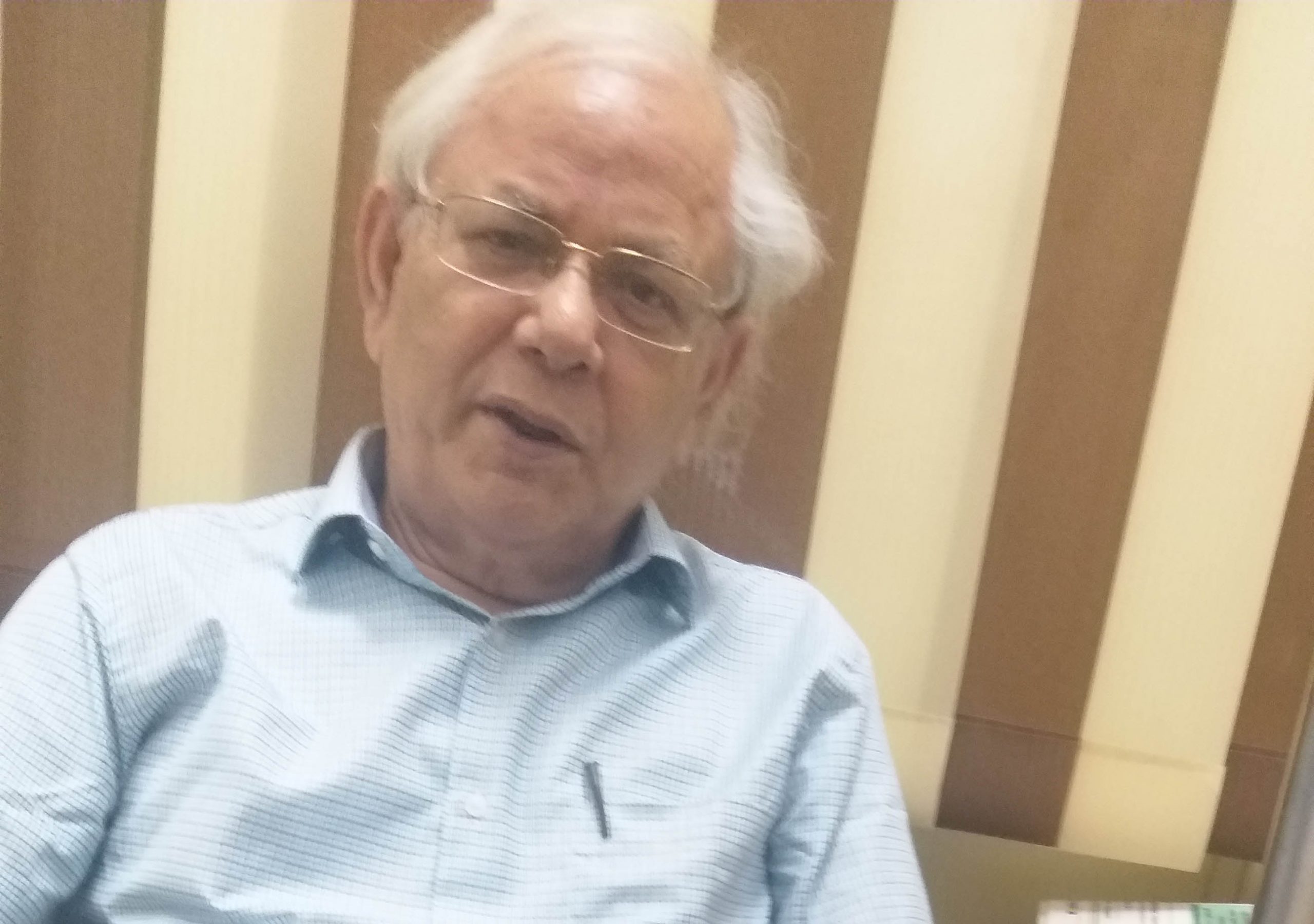 Aligarh: At a time when 200 years of Urdu journalism are being celebrated, and also malicious efforts are gaining strength to identify the language with only Muslims, it is interesting to know that the first paper in Urdu was brought out by a Hindu, and the language was promoted by the East India company for rooting out Persian to undermine the Muslim culture, and also to propagate Christianity, says Dr Rahat Abrar, a noted scholar of the history of Muslim culture in India and the Aligarh Muslim University movement.

”Jam-e-Jahan Numa”, the first journal in Urdu language was brought out by Pandit Harihar Dutt on March 27 in 1822 from Kolkata, which was the head qurater of the East India company, and it is an irony that the British company at that time promoted Urdu to strike at the root of the Muslim culture, which found its articulation in the Persian language, Dr Abrar said in an interview to India News Stream on the occasion of the bicentenary of Urdu journalism.

Most of Urdu papers in this period were brought out by Christians to propagate their religion, and the language was made offcial language in 1837, he said.

The Centre for publishing Urdu journal Jam-e-Jahan Numa was shifted to Delhi in 1837, and another paper Sydul Akhbar was brought out by Aligarh Muslim University founder Sir Syed Ahmad Khan’s elder brother Syed Mohammad Khan . Sir Syed took over the editorship of the journal after his eleder brother’s death, and it was the beginning of the journalistic career of the great social reformer of Muslims, and also the beginning of the golden period of Urdu journalism, Dr Abrar said.

In fact the first Indian journalist in history who sacrificed his life for the country and for upholding journalistic independence was a Urdu journalist Maulana Mohammad Baqar. He was hanged by the British for truthfully reporting the atrocities of the British during the 1957 war, he said.

Then Sir Syed Ahmad Khan himself wrote an extensive account of the circumstances leading to the revolt against the East India Company Raj in his book ‘ Asbab-e-Baghawate-Hind’ ( the causes of the Indian Revolt ) in which he told the British govt its mistakes and weaknesses that led to the uprising. The work was transalted in English and was discussed British Parliament, in which several of his points were noted, but one of the members also made demand for hanging Sir Syed, branding him as disloyal to the Raj, Dr Abrar said.

Sir Syed also brought out a journal from Meerut ‘The Loyal Mohammedans of India’. It was a bilingual magazine. He founded the Scientific Society in 1864 and brought out the Aligarh Institute Gazette in Urdu and English and also partly in Persian and Arabic. This journal was for promotion of scietific spirit among Indians, especially Muslims. Hamidulla Khan was reporter for this gazette from London. Now this journal is published by the name of University Gazette.

Sir Syed went to London in 1869, and he was very much impressed by the journalistic standards of England. After coming back to India, he started publication of Tahzeebul Akhlaq, a monthly magazine, from the University campus in Aligarh, and it contiues to be published to this day. Sir Syed used this journal to push for his educational, ethical and social reforms. It has played a key role to propagate his mission and messages effectively.

When asked why Urdu journalism went on a downward slide after Independence, Dr Abrar said both the step-motherly attitude of the governments of the day, and also the mind set of a section of Muslims was responsible for it. Urdu was seen by the estbalishment as a language of Muslims and so the best way to undermine the cultural roots of a minority was to strike at its language.

However, Dr Abrar added, only the estabalisshment is not to be blamed for the state of Urdu journalism, as the Muslim community itself did not make any effort to strengthen its languge and adapt to the changing times.

A section of Muslims too did not see things with a broad mind which is a must for survival of journalism. Dr Abrar, who worked a PRO of AMU for over 30 years, narrated an incident to prove his point. He said that in 1985, great scientist Prof Abdussalam visited AMU and he prepared a press release on the visit, but when he took the release to Jamat-E-Islami journal Dawat, published from Delhi, they outrightly refused to carry the news, saying that Prof Salam was a Qadiani, a sect that has been declared as ”Out of Islam” in Pakistan. ”How can you be a journalist if you see things coloured by your narrow religious sectarianism.”

Dr Abrar also gave the example of two papers, The Hindu ( English), and The Musalman (Urdu), both of which started publication from Chennai at the same time. While The Hindu created new bench marks in English journalism in India, the Musalman remained stuck in the past, both technologicaly and mentally. The Urdu one still to this day follows the old methods of publishing whereas this process has been revolutionised by computerisation, he pointed out.

He quoted pioneer of Urdu linguistics Dr Masud Husain Khan who said that the fight for survival of Urdu has to take place on two fronts, in and outside our homes, meaning paying attention to teaching Urdu to our children at home was as important as figting for its rights at the institutional level.

Though coming into play of corporates and big media houses ( Like Sahara and Dainik Jagran ) has given a push to modernisation of Urdu news papers, these industrial houses have their own business interest, he said.

He also noted the contribution of publication houses, who catered to the need of non-Urdu knowing population by publishing Urdu poetry in Hindi and Roman script.

Replying to a question, Dr Abrar said that in the present era of internet and paperless society, a language will not have to depend soley on governmengt support, as the language liked by the people would survive on people’s support.

He also noted the contribution of madrasas in promnoting Urdu and journalism in the language. The increase in urdu readership in the face of disappearnce of the language from government offices, schools and even our homes goes to these madrsasas. Urdu journalism cannot survive if there is no Urdu readership, he said.

Covid now more prevalent than ever in England