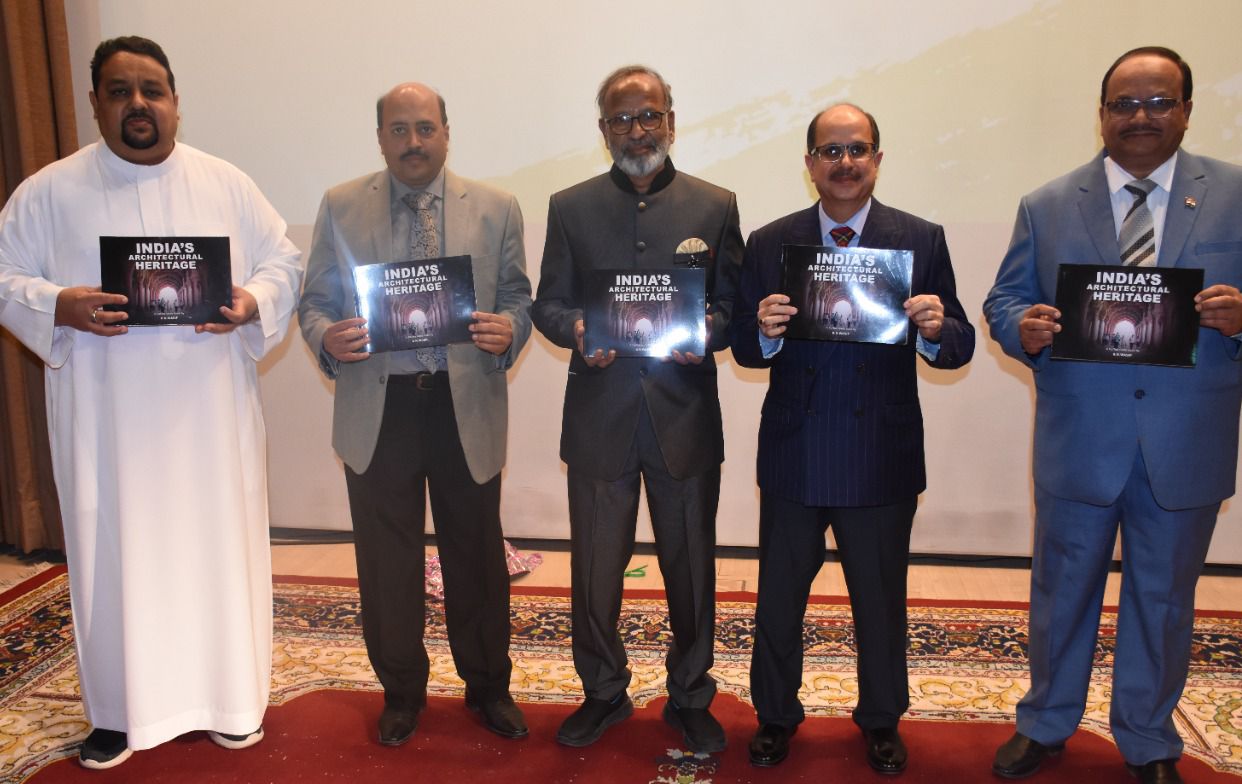 This coffee table book explores conceptions of Indian architecture and how the historical buildings symbolizing the great heritage of the subcontinent have been conceived and described. Investigating the design philosophies of architects and styles of analysis by architectural historians, the book explores how systems of design and ideas about aesthetics have governed both the construction of buildings in India and their subsequent interpretation.

Speaking during the book release ceremony, Indian Ambassador Dr. Sayeed said that “the book by Wasif is an important document containing the beautiful picture of important medieval historic buildings in India.” The ambassador appreciated the efforts of author Wasif for his long journalistic journey as a photographer, columnist, satirist, and journalist. This event was a part of the series of year-long celebrations “Azadi ka Amrit Mahotsav” to mark the 75 years of India’s independence.

This year also marks the diamond jubilee year of diplomatic relations between India and Saudi Arabia. On the sidelines of the book releasing ceremony, an exhibition of photographs clicked by Wasif was also organized. After inaugurating the exhibition, Dr. Sayeed announced that an exhibition of photographs of Indian historical buildings captured by KN Wasif would be organized in various cities of Saudi Arabia and other Gulf countries in collaboration with the embassy.

The diplomat said that “Wasif has proved his mettle as an outstanding photographer, journalist, columnist and sketcher”. “His book depicting the Indian historical heritage can play an important role in the promotion of Indian tourism in foreign countries, especially in the Gulf countries,” he added. Appreciating Wasif’s extraordinary journalistic services spanning over four decades, Dr. Saeed hoped that he would bring out more books in the near future.

Asim Anwar, Second Secretary at the Embassy of India welcomed the guests on this occasion. President of Osmania University Alumni Association Riyadh, Engineer Muhammad Mubeen introduced the author and said that Wasif has presented the cultural heritage of India to the world through his photographs. He also played an important role in promoting Indian tourism through the exhibition of his photographs in various cities.

Mubeen noted that both his photography and journalistic services are equally extraordinary and unforgettable. Wasif is perhaps the only NRI in the world to have written a column on the plight of Indian immigrants and their problems for 25 consecutive years in a newspaper. His remarkable services for the nation from the foreign land should be appreciated by the Indian authorities. Introducing the coffee table book Taqiuddin Mir, President Hindustani Bazm-e-Urdu said that on the Golden Jubilee celebrations of India’s independence, the then Ambassador of India, Hamid Ansari advised and encouraged Wasif to capture the historical places of the motherland. The 25 years journey from golden jubilee to the diamond jubilee of India’s independence was highly remarkable.

“The result of which is in our hands as a beautiful coffee table book. The quarter-century of continuous hard work, dedication, and quest resulted in the publication of this marvelous boo,” said Mir. This beautiful book is designed by well-known designer Ayaz Siddique. In the beginning of the program, a documentary on the historical buildings of India was shown. The event was attended by a large number of diplomats, men, and women from the Indian community.IANS

Covid-19 pandemic ‘far from over’: WHO