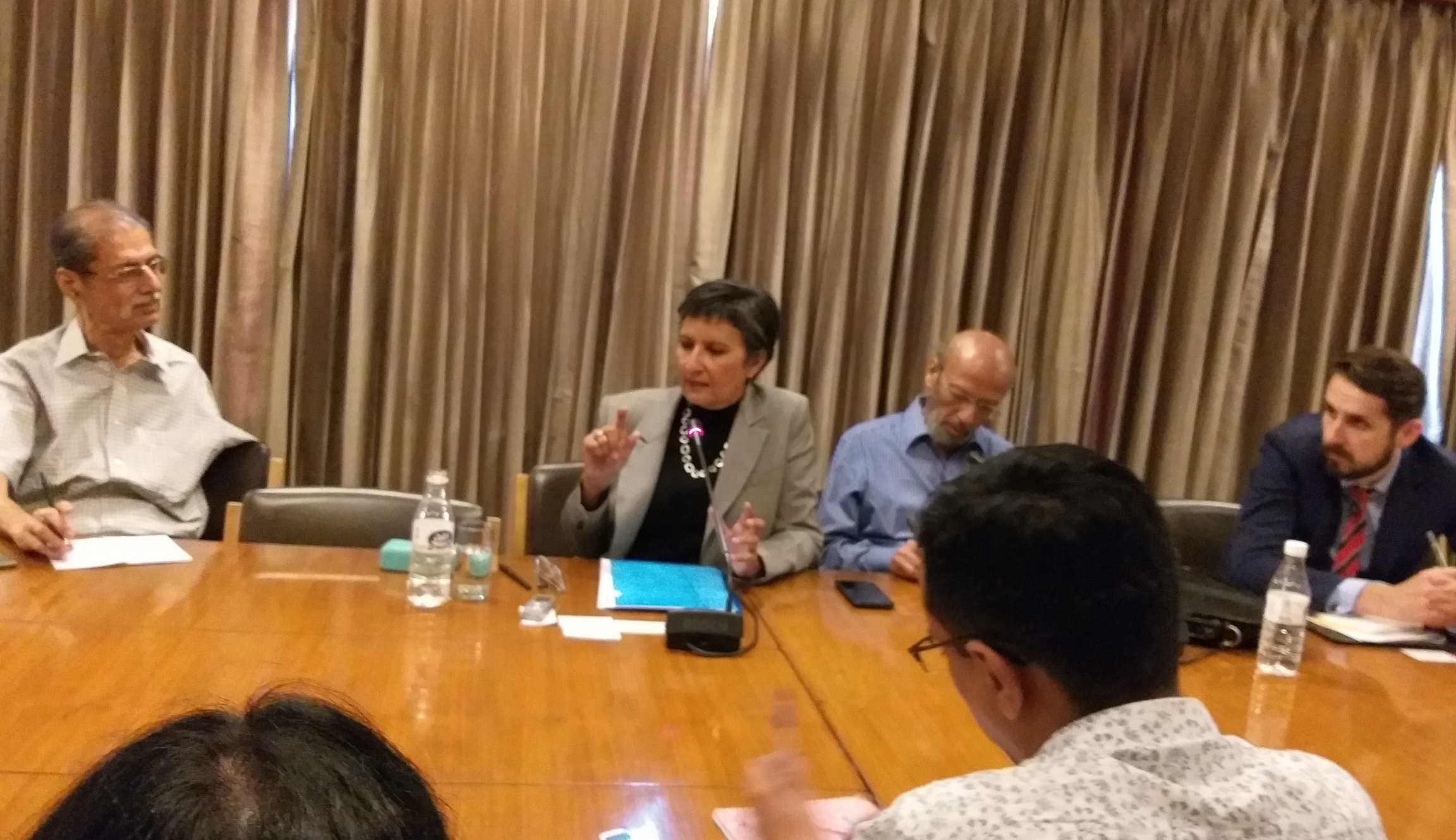 Australian High Commissioner Harinder Sidhu (third from right) in an interaction with members of the Indian Association of Foreign Affairs Correspondents (IAFAC) in  New Delhi on Tuesday.

New Delhi: Describing India as ”a leader and an Asian and Indo-Pacific powerhouse”, Australia has urged New Delhi to conclude talks for the Regional Comprehensive Economic Partnership (RCEP) to help itself integrate with the economic landscape of the Indo-Pacific.

”India should play a greater role in shaping the economic architecture of the Indo-Pacific region,” Australia’s high commissioner to India Harinder Sidhu said in an interaction with members of the the Indian Association of Foreign Affairs Correspondents(IAFAC) here.

“Successfully concluding the RCEP, which includes India, China, and Asean (Association of Southeast Asian Nations) countries, as well as Australia and New Zealand, will help shape the regional rules and the norms governing trade,” she said.

Over the years, India and Australia had developed mutual trust to work together on strategic issues in the Indo-Pacific region, but it was time now for them to work for economic order in the region, the Australian High Commissioner said.

She said there were certain reasons why an India-Australia partnership in the Indo-Pacific region made sense, especially in the face of a shifting world order, and geostrategic competition in the region.The major elements of an Indo-Pacific order her country was seeking were strong partnership with key democracies of the region like Japan, India and Indonesia and cooperation with ASEAN and centrality of its institutions, especially the East Asia summit, constructive ties with China and of course a strong Australia-US partnership.

The High Commissioner also said that India-Australia bilateral defence ties can contribute a lot in maintaining regional order, and it was with this view that the Australian government had suggested conclusion of a logistics support agreement.Conversations with the Indian Defence Ministry were on this issue, she added.

She said the strategic partnership between India and Australia had both strategic depth and diversity. She pointed out that today out of 50 Australians, one was born in India. Besides, there were 90,000 India students in various institutions of the country. This is in addition to the growing trade and investment ties.

The Australian government had set up a trade target of $100 billion by 2035, Sidhu said, and welcomed the move by India to .commission an Australia Economic Strategy.

The Australian High Commissioner listed financing infrastructure in the Indo-Pacific region as as another important area in which India and Australia could work together. This statement can be seen in the backdrop of China’s ambitious Belt and Road project that aims to connect Asia, Europe and Africa through a series of roads, ports and railway lines.

On a question about the significance of ”Quad”, the quadrilateral grouping of the US, Australia, India, and Japan, she said this grouping was one among several formed to build a common view and common response as the world is moving much into maritime environment.

”All the four countries share commitment to rule-based order,” she pointed out.

On the growing Chinese assertion in the South China Sea, she said it was legitimate for China to conduct military activity within the confines of international law, but what was of concern was militarisation of areas under dispute.