Remembering Vajpayee through his poems 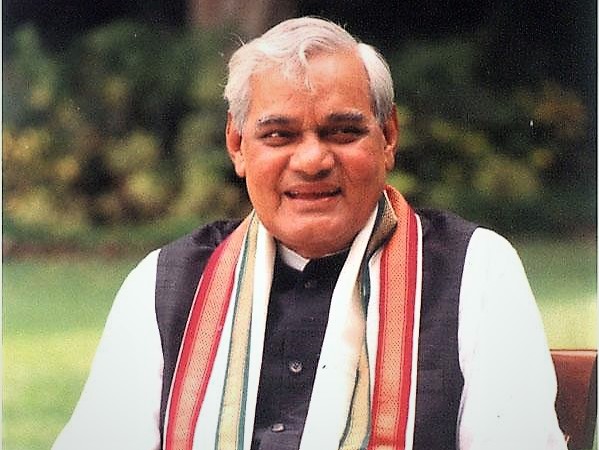 Chandigarh:I had my first encounter with former Prime Minister Atal Bihari Vajpayee at an inter-college declamation contest at Dhuri, a small town in Sangrur district of Punjab in the 80s. He was then a leader of Bharatiya Janata Party (BJP) that was in opposition. He was the chief guest there and I was a contestant. Speaking on the occasion, he recited one of his popular poems:

(I am Hindu by birth, by idealogy; Hindu is my way of life; if you ask for my introduction, I am Hindu with my entire being)
At that time, I knew what was Hinduism, but I had no idea as to what was Hindutva, a term which, I think, was coined later.So that was my introduction with Vajpayee, the poet politician who took pride in being Hindu.

Years later, I again got a chance to meet him when he was Prime Minister (between 1999-2004) and I was a cub reporter, working with news agency United News of India (UNI) in New Delhi.

Interestingly, this time again I got an opportunity to see him reciting his poetry. The occasion was a poetic symposium at 7, Race Course, the PM’s official residence, where Vajpayee had invited a few of his poet friends of his younger days.

Though one of my senior colleagues covered the Prime Minister’s Office (PMO), I was sent to cover the event as I had a keen interest in poetry. Apart from media, a select group of the literati and the glitterati of the national capital was present.

Vajpayee recited his choicest poems that evening and got a thunderous applause. The PM also hosted a high tea after the symposium where I somehow grabbed a chance to have a brief exclusive interview with him. But that was another story and I have written another article about it.

Today, as we remember Vajpayee on his 3rd death anniversary, let’s have a peep into his poetic realm through excerpts of some poems:

‘Do Anubhutiyan’ (Two feelings) is Vajpayee’s highly popular twin song that shows the poet’s two opposite moods – of depression and euphoria.

The first of these ‘Geet nahi gaata hun’ (I no longer sing a song), reflects a state of being when the poet is down and out. It begins like this:

(Faces are unmasked, there are deep scars;

The magic is losing now, I am scared of truth;

I no longer sing a song…)

The second song, ‘Geet naya gaata hun’ (I am singing a new song), speaks of hope and new beginning.

(From the broken strings are coming notes of spring;

On the bosom of rocks are growing new sprouts;

The pale leaves have fallen, nightingale sings in the night;

I can see a ray of sunlight in the east;

I am singing a new song…)

‘Aao phir se diya jalaayein’ is another of Vajpayee’s poems that speak of striking a positive note in the throes of negativity.

There is darkness at the noon time

The sun has been defeated by shadows

Let’s squeeze love out of our inner beings

To lit up the extinguished thread

Let us light the lamp again…)

AGING AND FEELING OF LOSS

In another poem, ‘Jeevan beet chala’, the aging poet reflects over how one loses hold of the present while brooding over the past and worrying about the future. Here is a glimpse:

(Life is about to end

I have lost all my todays

While focusing on tomorrow

I lost the game of present

While worrying about past and future

No vigil could come to my rescue

The pitcher of pleasure is getting empty

The life is about to end)

In a poem, ‘Maut se than gayi’ (Daring death), Vajpayee prepares himself to encounter death. He, in fact, dares death for a head-on encounter:

(I have dared it. I have dared death/ … What is death’s life? Hardly a couple of moments/ Life is a continuum. It can’t be confined to today or tomorrow/ I lived my life to the fullest/ Now I’ll put my heart into dying too/ Why should I be afraid of departure when I have to come back/ Don’t come stealthily and covertly/ Strike at me head-on and try it out on me)

Vajpayee, in fact, had a long face-off with death as he had been on death bed for a couple of years before his “departure” on August 16, 2018.