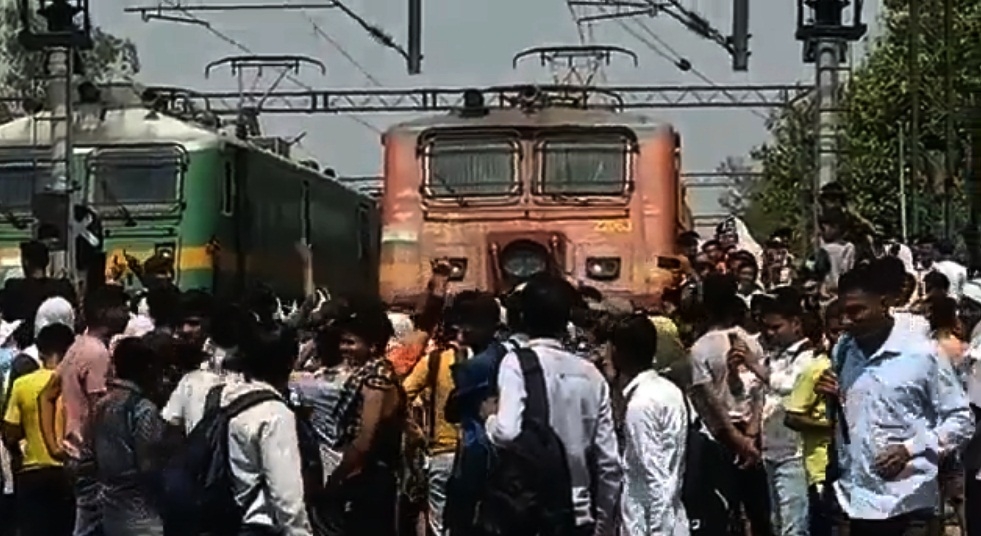 Train stopped in Delhi over protest against Agnipath Scheme.

New Delhi: A group of people on Thursday protested against delay in Railway recruitment exams and the newly launched Agnipath scheme and subsequently stopped a train in the national capital, an official said.

After this, Nangloi police station’s Station House officer immediately reached the spot and requested the protester to vacate the railway track peacefully.

“They were heard peacefully wherein they stated that they had filled some govt examinations 2-3 years before but the examinations for the recruitment has not been conducted yet, and they have become over-aged now,” DCP Sharma said.

However, the police were able to pacify the protestors and the crowd was dispersed. “The situation is now under control and all the students have dispersed from the railway track,” Sharma added.

The Union Cabinet on Tuesday approved ‘Agnipath’ recruitment scheme for Indian youth to serve in the Armed Forces. The youth selected under this scheme will be known as ‘Agniveers’.IANS

Agnipath Scheme: A panacea for unemployment or a disaster in making?