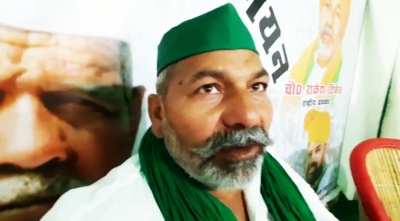 “The farmers’ agitation will go on. We will wait till the day when the three farm laws are actually scrapped by Parliament,” Tikait told mediapersons here.

Tikait was in Palghar to discuss certain issues with the farmer leaders here.

Besides, he said that there are a host of other farmers’ issues which need to be discussed and he called upon the government “to discuss them” and expressed his readiness for talks.

Terming it as a decisive victory for the peasantry, Tikait said: “We dedicate it to the over 750 farmers who died, and to the tribals, workers, women and others who became a part of this historic movement.

“We are sitting on a heap of explosives, the agitation will keep them alive. All will have to act responsibly,” he urged.IANS

Kartarpur Corridor reopening: Signs of a thaw in India-Pakistan ties?