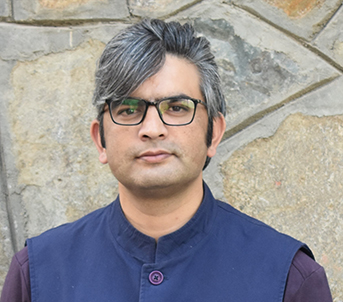 Srinagar: The Union Cabinet’s move to give its nod of the Jammu and Kashmir Official Languages Bill, 2020 in the Parliament—has generated mixed response with the stakeholders from the twin regions saying that people have been further “divided” on the language card.

Under the Bill, five languages — Kashmiri, Dogri, Hindi, Urdu and English — have been declared as the official languages in Jammu and Kashmir.

Observers say that the move is unexpected because the Jammu & Kashmir Re-Organisation Act empowers the J&K Legislative Assembly to decide on the adoption of official languages. They said that the Centre’s decision has ended the 131-year-old status of Urdu as the sole official language in J&K. It has also triggered demands for the inclusion of more languages in the proposed legislation.

“The Government of India is slowly reducing the mandate of the assembly,” former minister and Chairman, Peoples Democratic Front, Hakeem Yaseen told India News Stream. “Whatever GoI is doing it is doing to take on the political process in Jammu and Kashmir,” he said, adding “It is very sad that before taking this decision, they should have consulted the stakeholders. They have further divided and polarized J&K on the language card.”

Another former minister and former four-time MLA from south Kashmir’s district Kulgam and a senior member of Communist Party of India, Muhammad Yusuf Tarigami Centre’s move was quite surprising and “autocratic.”

“We are not against any language, we want every language to be promoted and get its due right and respect,” he said.

Meanwhile the Union Minister Jitendra Singh in his press statement said that the Cabinet”s approval to a bill that adds Kashmiri, Dogri and Hindi as official languages in Jammu and Kashmir will end the grievances of discrimination on the basis of language. It was an anomaly that the three languages — Dogri, Hindi and Kashmiri — which are spoken by nearly 70 per cent of the population of Jammu and Kashmir were not approved for use in official business.

“The Cabinet decision today will not only bring ease of governance, but also ease of citizen participation in governance in the newly created Union Territory of Jammu and Kashmir,” the Minister of State for Personnel said.

Chairperson of Waqf Development Committee of Union Minority Affairs Ministry and BJP spokesperson, Dr Darakhshan Andrabi expressed gratitude to the Government of India for “accepting” her proposal of approving Urdu, Hindi, Kashmiri, Dogri and English as the official languages for J&K.

“This is a historical decision of the visionary cabinet of Prime Minister of India. There were many numerous in J&K in print & electronic media and social media about the official language bias being propagated to divide people. I had submitted an elaborate proposal to the Union government which I am happy was accepted on merit,” said Dr Darakhshan, adding “‘GoI’s decision is historical, and it respects J&K’s diverse cultural ethos.”

‘PULSE ON THE STREET’

While there is almost no reaction on the streets in restive Kashmir region, the people of Jammu district were seen celebrating inclusions of Dogri in the list of official languages for Jammu and Kashmir while Sikhs, Pahari and Gujjars express resentment over neglect of their language in the list.

President, Dogri Sanstha, Prof Lalit Mangotra said they welcome the decision of the Union government to include Dogri in the list of official languages for J&K.

“The decision will give new lease of life to the Dogri language as it will be implemented in legal, judicial and educational systems as well,” Mangotra—a Sahitya Akademi awardee, said. He said the government would be required manpower to ensure the language flourishes. “We request that all the Universities of Jammu, Dogri should be introduced at the post-graduation level,” Mangotra said. He said Dogri should also be introduced in the schools at the primary level, secondary, and higher education level.

Annoyed with the neglect of Punjabi language, Sikh community members led by TS Wazir, took out a protest in Jammu. “We will fight it tooth and nail and we won’t tolerate this injustice,” the aggrieved Sikh protesters said. Wazir demanded that Punjabi should be declared as one of the official languages of Jammu and Kashmir.

He said if the government does not include Punjabi as one of the official languages in Jammu and Kashmir, they will come on the roads. Similarly, Gujjars and Bakkerwal were also unhappy with the government of India for neglecting Gojri language.

“We aren’t against the decision of Union cabinet. However, Gojri language deserves inclusion in the list on merit of being the oldest and third largest spoken language in J&K deserved a special position,” said tribal researcher, Dr Javaid Rahi. He maintained that former long-time Governor, NN Vohra and two Chief Ministers of J&K had also written separate communications to the Union Home Ministry recommending the inclusion of Gojri in the eight schedules. He appealed to the Prime Minister Narendra Modi to declare Gori as one of the official languages of the Union Territory.

On August 5 last year New Delhi scrapped the semi-autonomous status of Jammu and Kashmir and divided it into two union territories. Urdu in India is largely associated with Muslims and the Hindu rightwing has for long been pushing Hindi as a national language, a move resisted by several states.

In the undivided Jammu and Kashmir state, various ethnicities spoke Kashmiri, Pahari, Gojri, Ladakhi, Dogri, Balti and Punjabi as their mother tongues. Urdu and Hindi had become a means for inter-community communication. In 1889, Maharaja Pratap Singh, the third ruler of the Hindu Dogra dynasty, replaced Persian with Urdu as the court language. The latest decision is seen here by many as part of a policy aimed at dismantling everything that can be associated with the special status of Jammu and Kashmir, like separate flag and constitution.